Peel and stick and Sakura pens

This is for a class on the peel and stick stickers line and the Sakura gel and soufle pens. The are so much fun to play with! The gel pens give a stained glass look wheras the Soufle pens are more opaque. 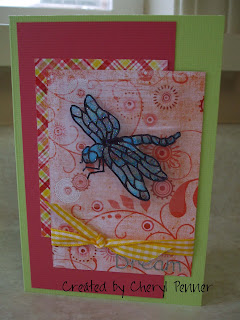 This first card uses a dragonfly peel and stick. I colored it with a sharpie before I put it onto the transparency. I then colored it with the gel pens and sprinkled with glitter. Looks so pretty in real life! The piece with the dragonfly is popped out on pop dots to add dimension! 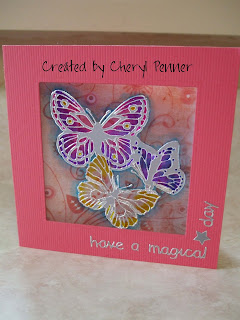 For this card, I put the butterfly peel and stick onto the transparency and set it aside to dry. The card is a square with a window cut inside using the nestabilities dies. Once the gel pens were dry, I adhered the transparency into the window of the card and placed a piece of printed paper inside to make it pop! 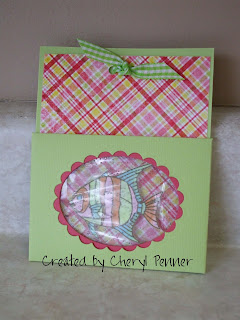 This last card is a gel card that was cased from Candice's card here on Nichole Headys blog. For this one though, the fish stays in place when you pull out the tag.
Have a great day!

So what's the secret? 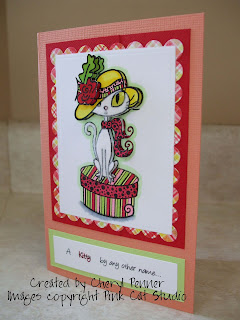 So here's a card I did a few weeks ago for a contest at my LSS. Now I am not actually eligable for the contest because it's where I teach classes, but we were encouraged to make a card as a sample so people didn't feel intimidated by being the first one. The cards were supposed to be funny, so this one says " A kitty by any other name..." on the front, and the inside says " ... is still a furball that poops behind the couch" 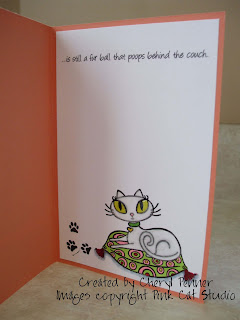 I was totally inspired by the layers and texture that snap-scrap-stamp over on SCS puts into her cards and decided to case her technique. I absolutely fell in love with it and hope I've done her justice! The stamps are from Pink Cat studio, the cat has been flocked, the eyes have diamond glaze and I added stickles to the flower. Love the look!
Posted by Cheryl at 8:13 PM 4 comments: 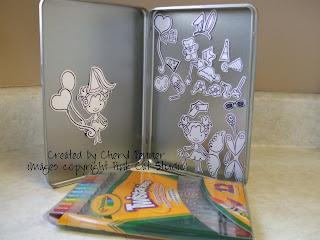 I had this idea at 10pm last night. My 4yo had a birthday party to go to today and I had the idea of stamping all the dress up Lily images onto white cardstock that I had put self adhesive magnet onto. I cut out each image and placed them into the DVD tim that I got from Effectuality earlier this month (great experience...totally recommend them!) I also put a package of Crayola twistable pencil crayons into the tin (perfect fit!) so my DD's friend can color them herself. Now of course I need to make them for my girls cuz they want them too!